The NEOM city project originated with a proposal for the government of SaudiArabia to create a new city on the Arabian Peninsula near the Sinai. The city looks toward the future by basing its organization on technology, audiovisual experiences and communications. 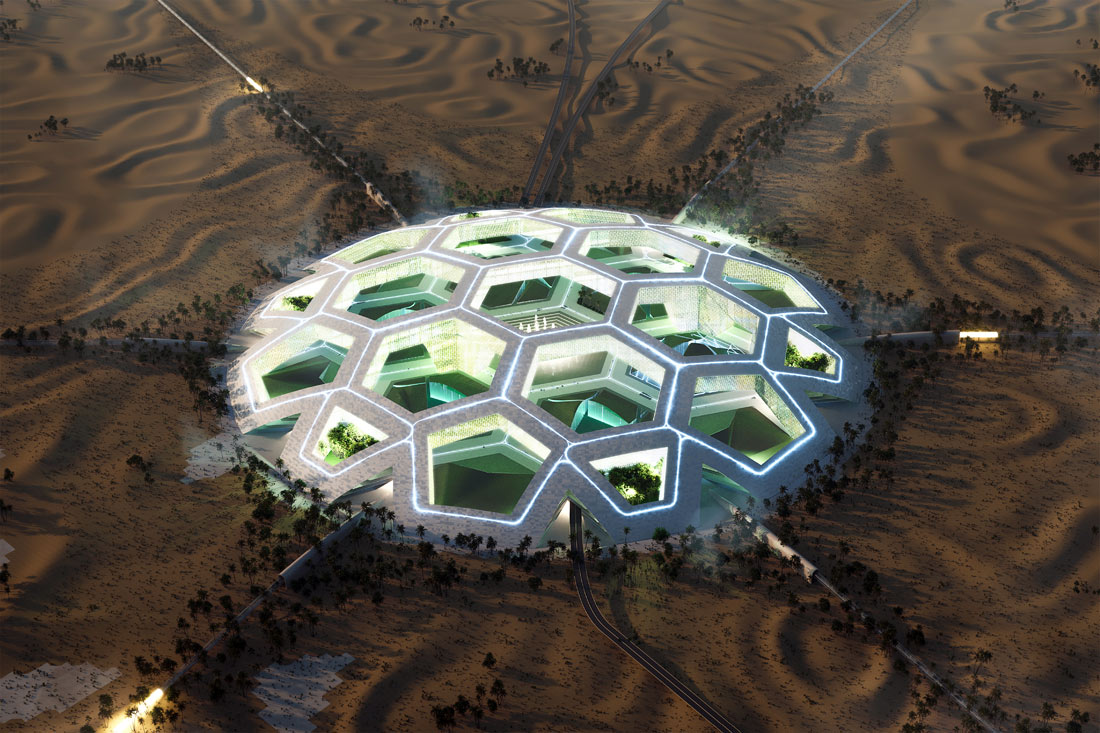 The heart of the design is a city-shield, using geometric forms to create a shell to protect against the hot and hostile climate of Saudi Arabia. At the same time, the shield serves as an energy collector and offers solar protection, generating shade to help control the temperatures underneath. 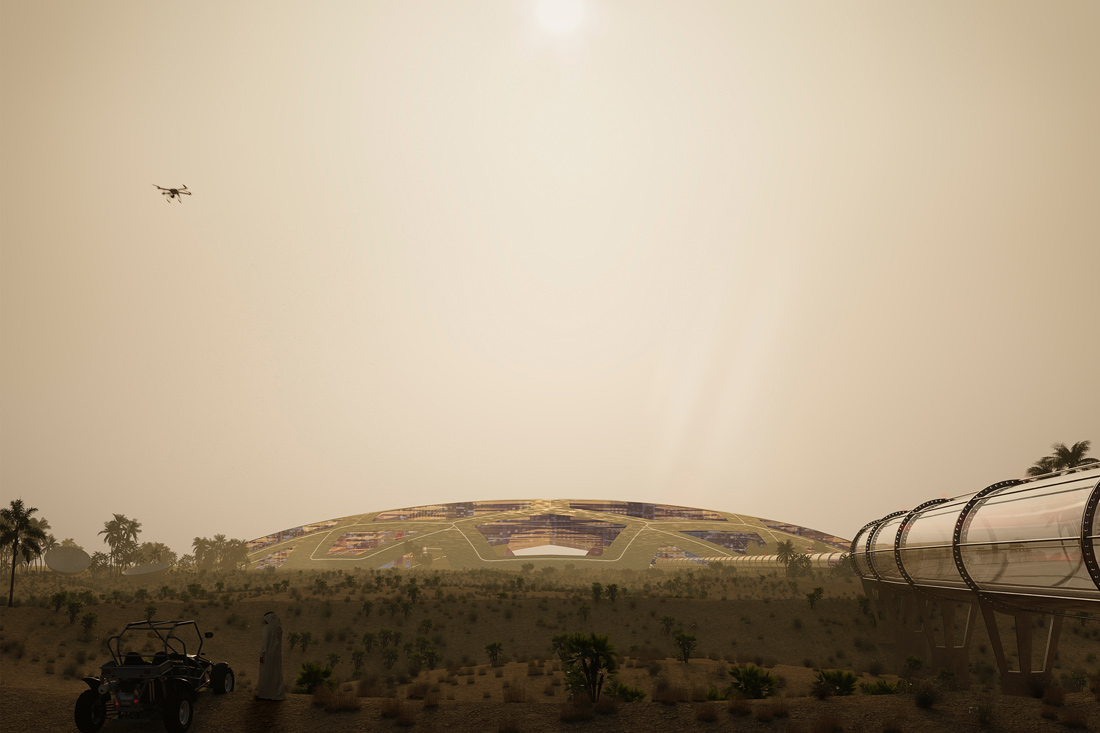 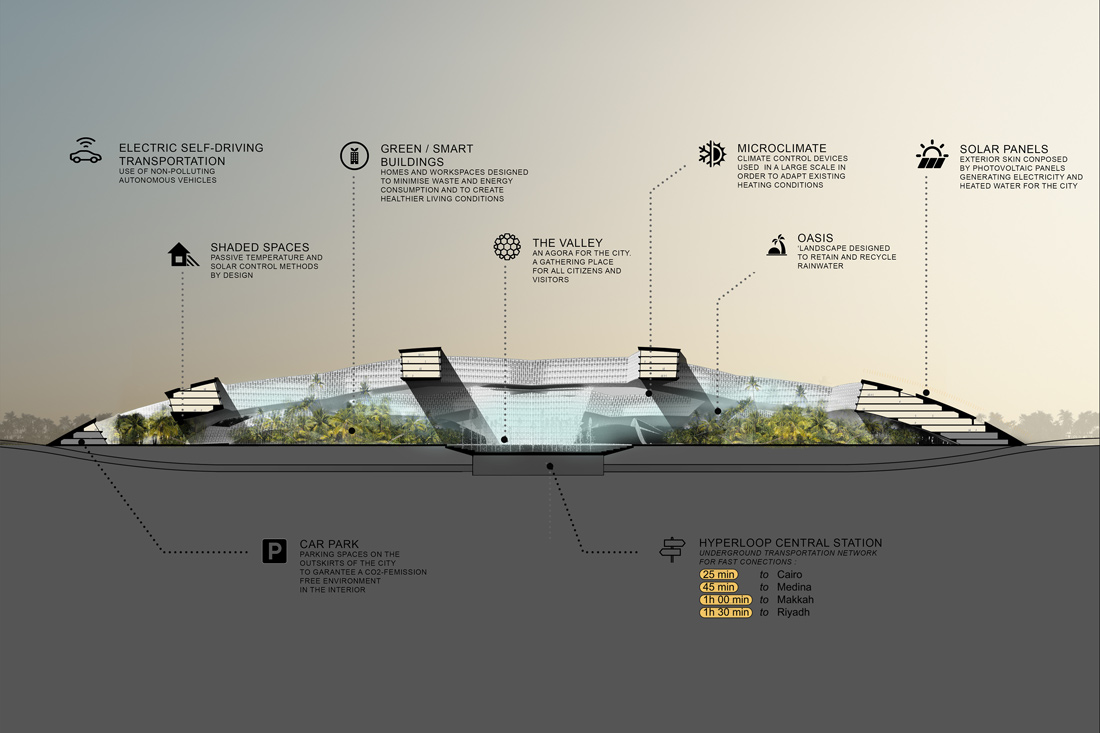 Inside the city, the open-air spaces offer many green areas with gardens and meeting places that favor the development and maintenance of biophilia and help keep the air clean. The city is not accessible by car; vehicles are parked outside, adjacent to a public transportation hub with a hyperloop. Movement within the city is allowed through car sharing or in driverless vehicles. The hyperloop also offers quick connections with other cities, such as Cairo. 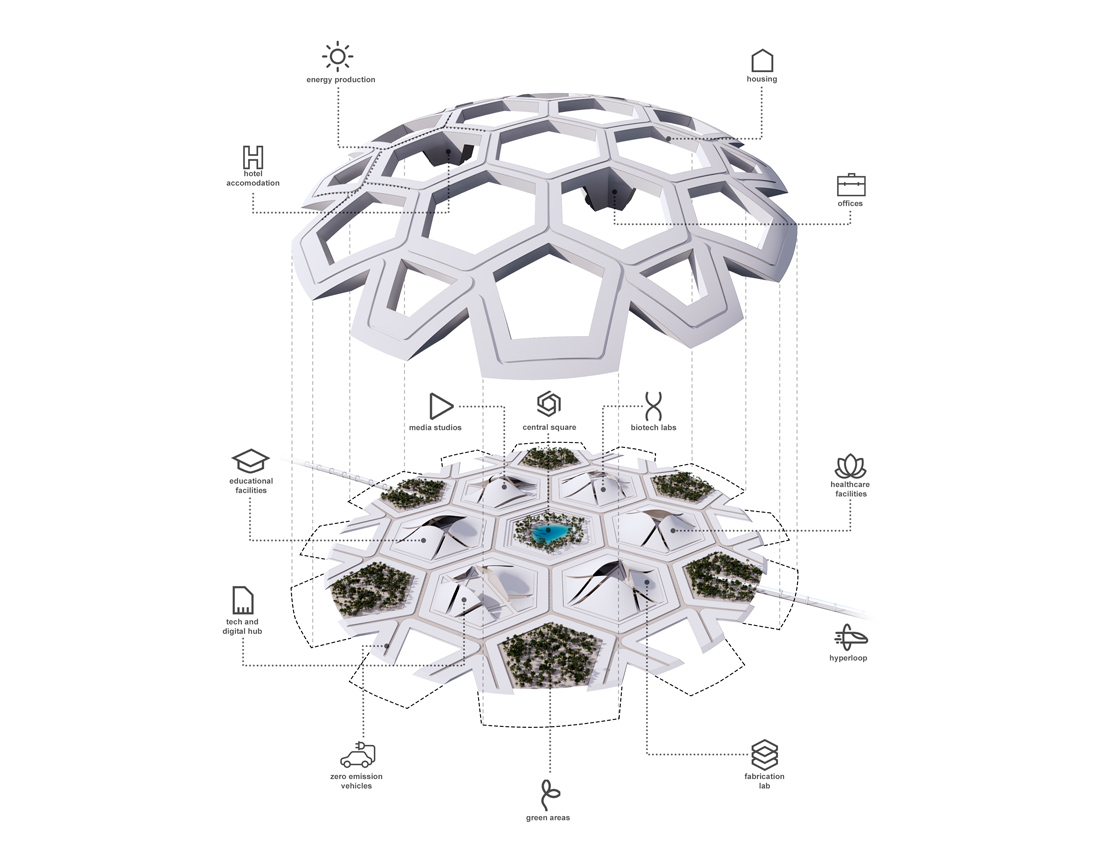