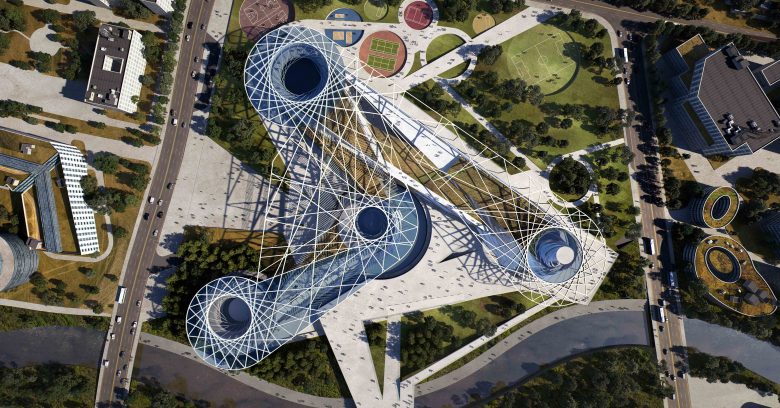 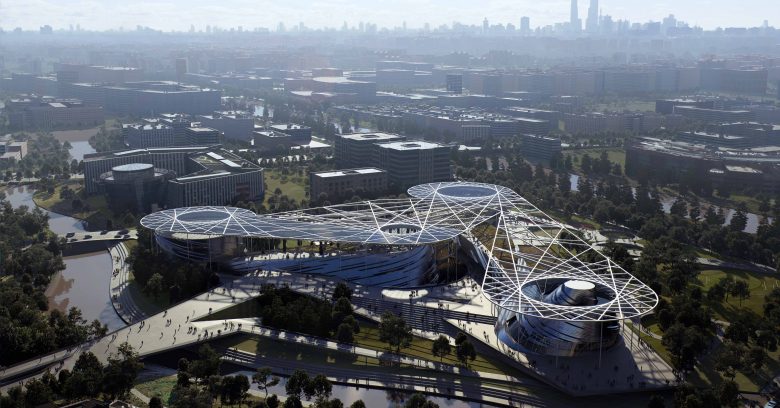 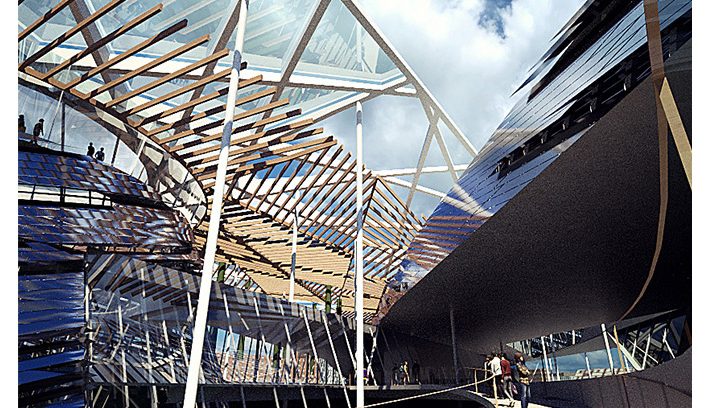 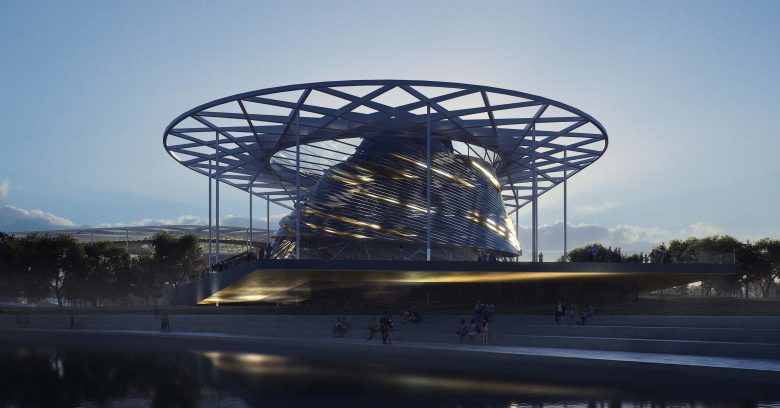 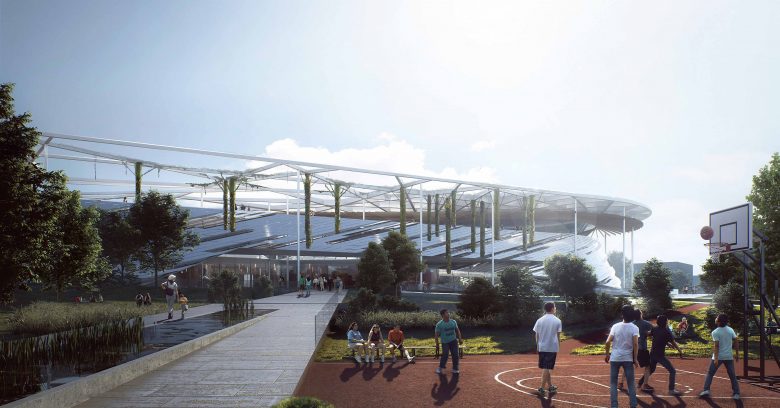 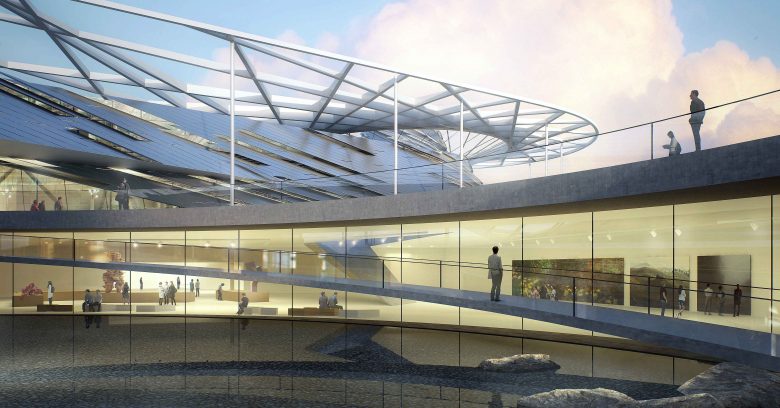 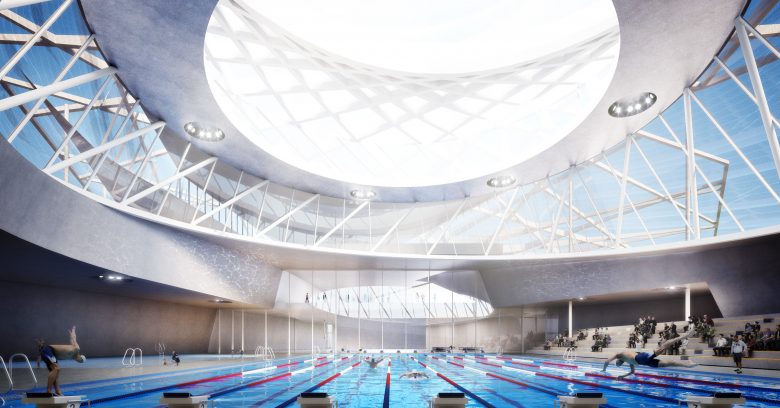 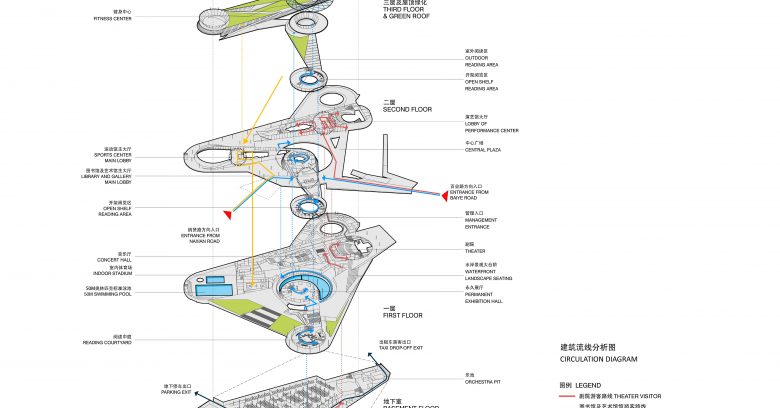 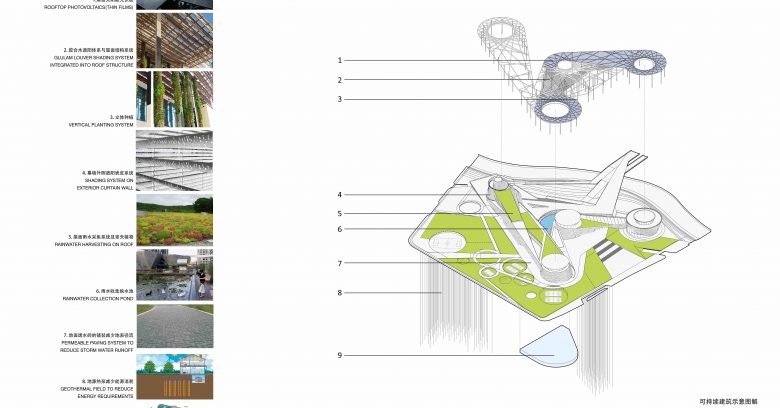 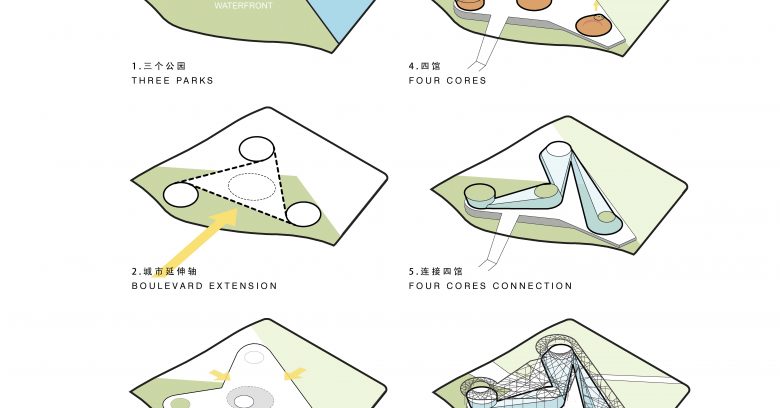 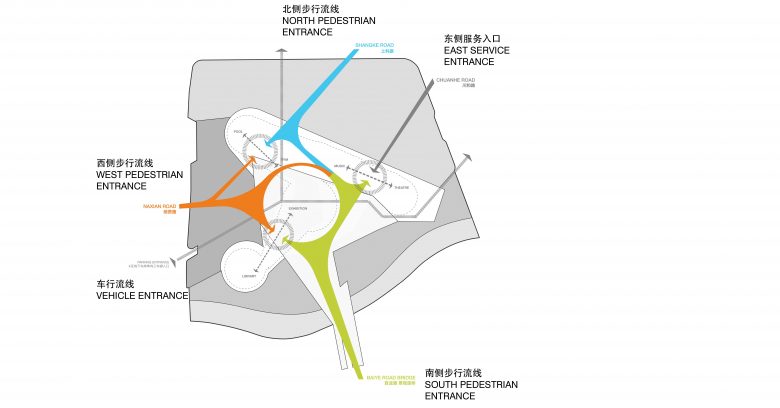 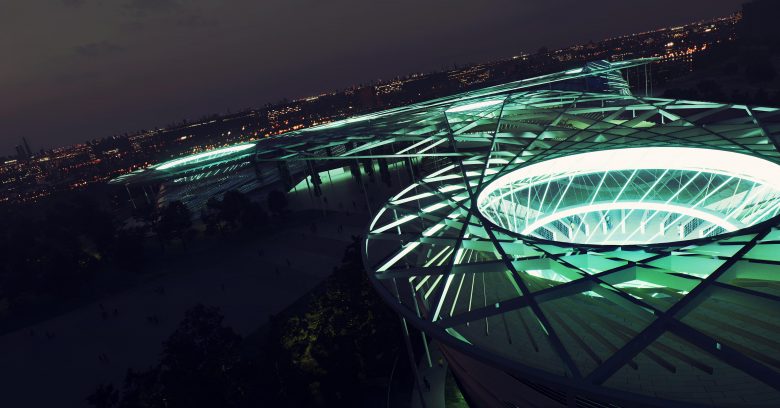 Located east of Pudong, in the Shanghai’s Zhangjiang Innovation District, the Future Park is conceived as the public centerpiece for the district newest expansion. Bounded by two rivers – Chuanyang and Zhihui – the site is virtually an urban island serving as a terminus for Baiye Road, Zhangjiang’s major public boulevard, and its main expansion axis. 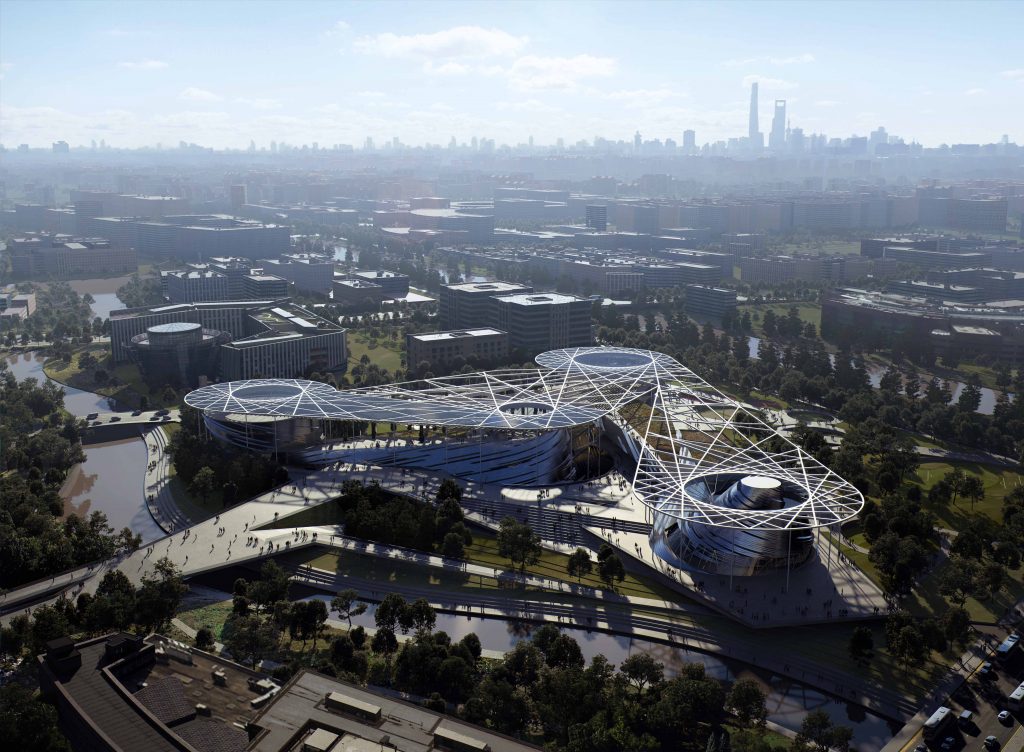 The program mixes four public uses – a performing center, an art gallery, a public library, and an athletic center – within a 46,000m², with the intent to create a new hub of civic and urban life for the region.

Instead of creating an object building, typical for large civic commissions, we conceived the site as a series of interconnected public zones unified and sheltered by a singular roof structure. To the north and east, the Sports Park incorporates playing fields and athletic facilities and connects to existing running paths along the banks of Chuanyang River. To the west, the Culture Park, articulated by a generous public stair, serves as the main entrance. To the south, the Riverbank Park, defined by expansive river views and generous landscape, extends the green space of Baiye Road and increases public connectivity in the region.

These spaces are sheltered by a lightweight roof structure, which creates a grand civic gesture and unifies the distinct public spaces while reinforcing their characteristics. Beneath, the major program elements are aligned on three axes: the Music Axis, the Sports Axis, and the Cultural Axis, with each major venue, articulated as a conical form (or a “core”). This configuration creates an iconic presence within the park, with each core supporting the radial roof structure, while the dynamic nature of the masses is further reinforced by the striated steel skin, which is designed to maximize natural ventilation and reduce heat gain on the façade.

Learn more about the project on Studio Link-Arc’s website.