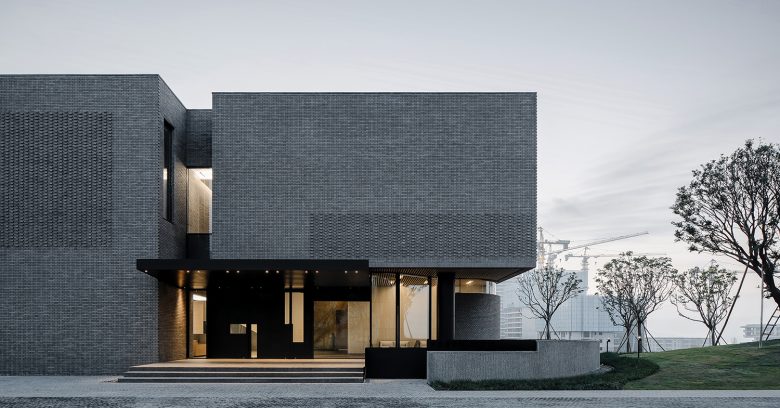 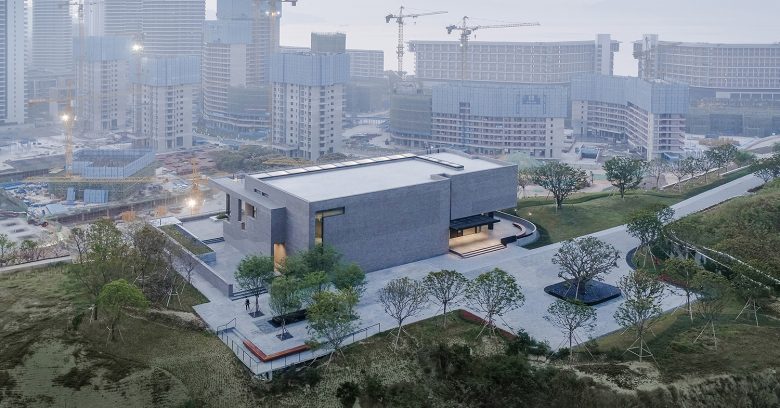 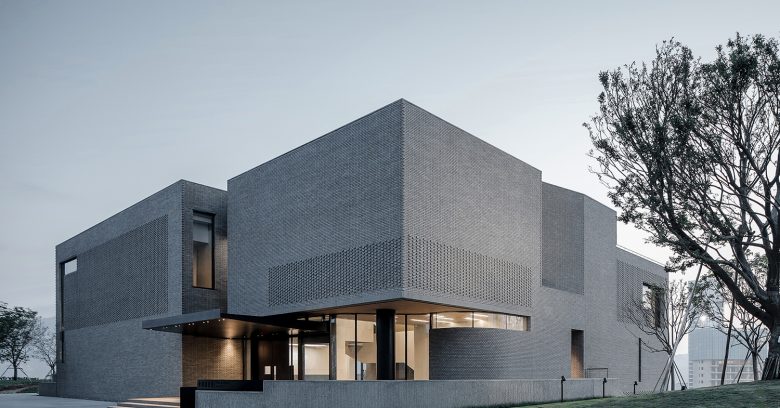 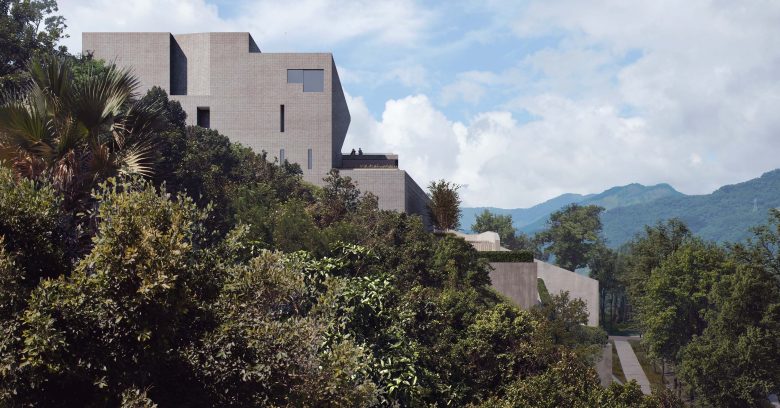 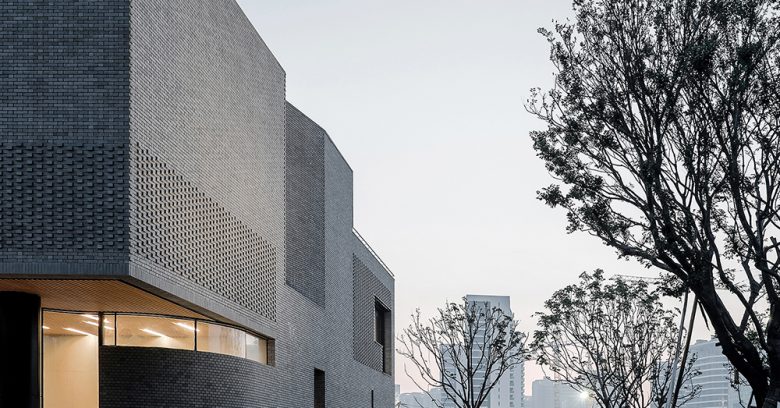 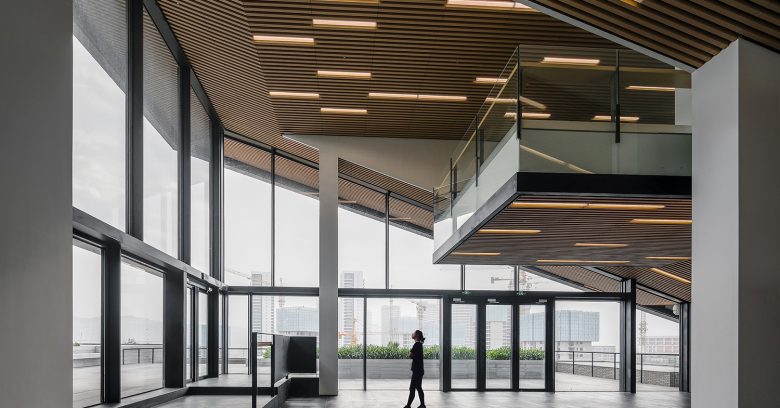 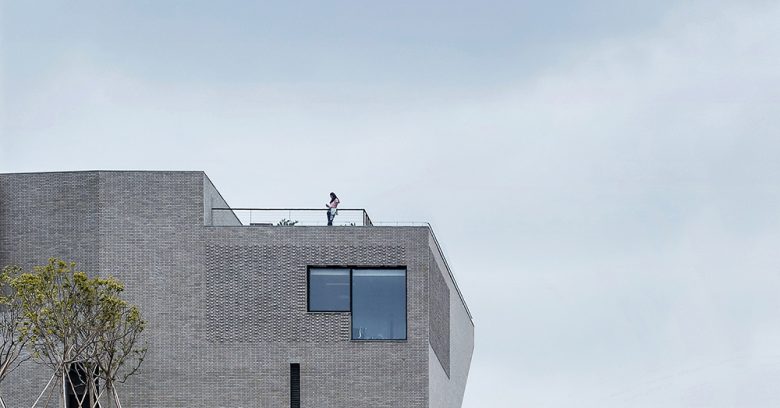 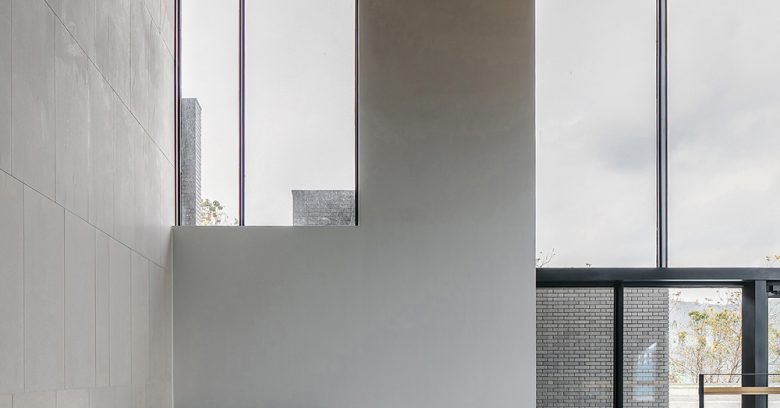 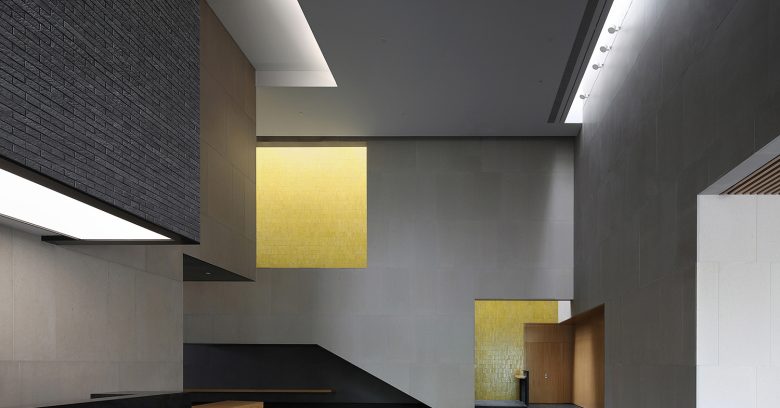 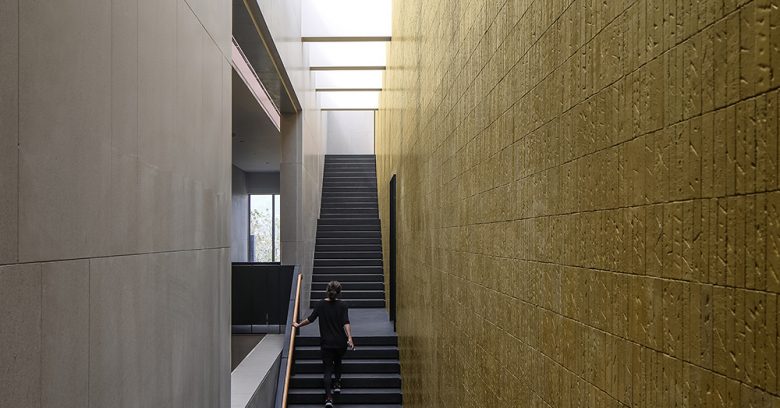 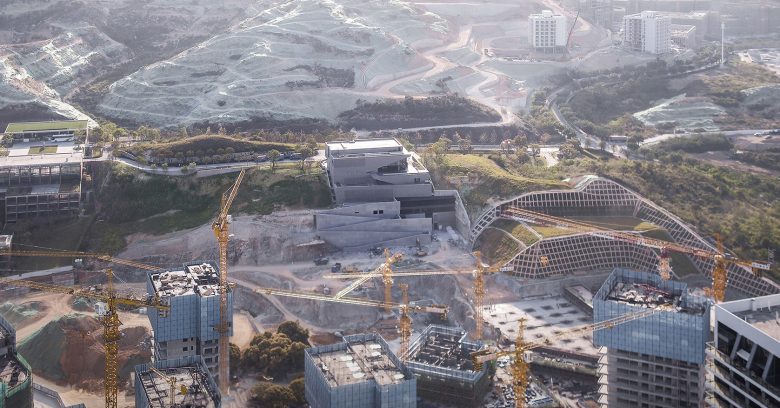 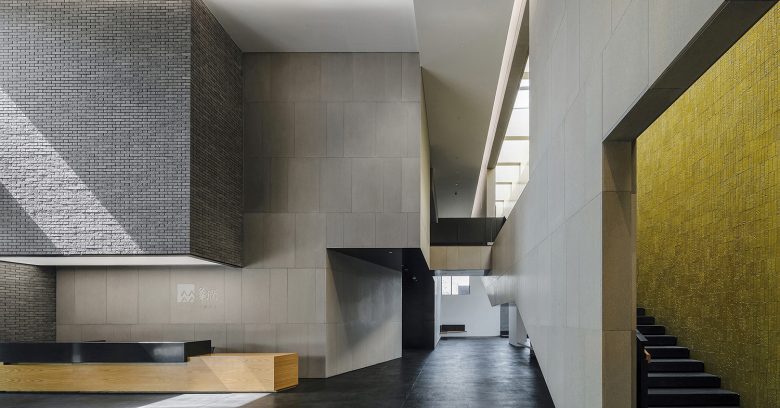 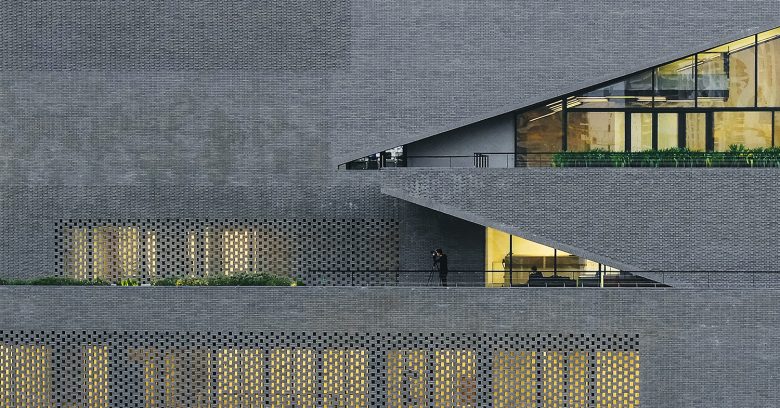 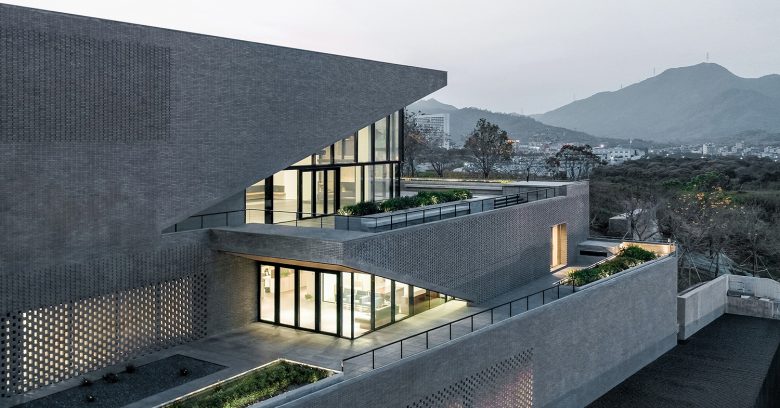 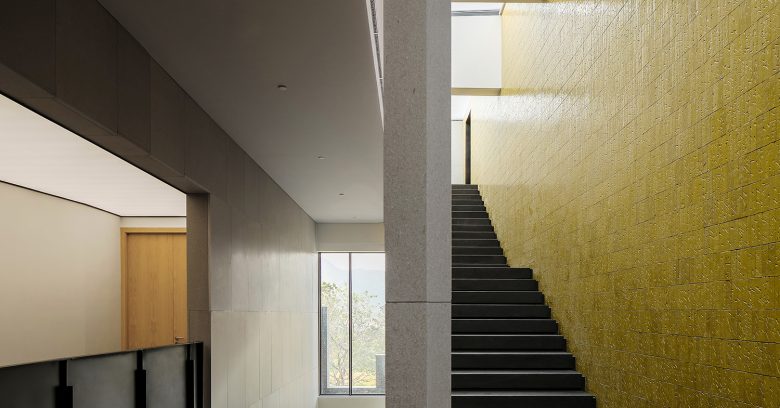 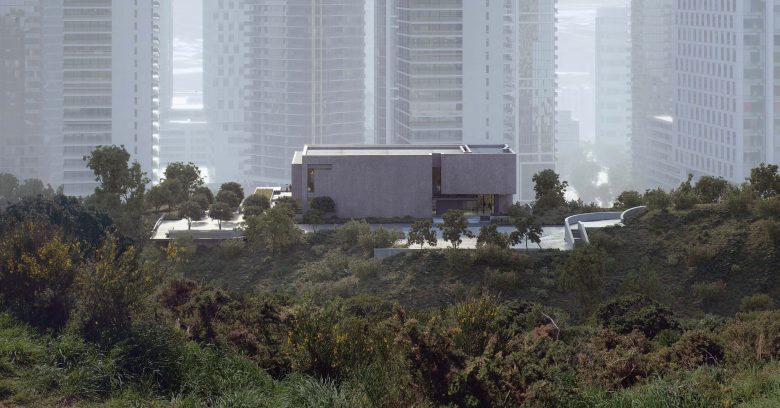 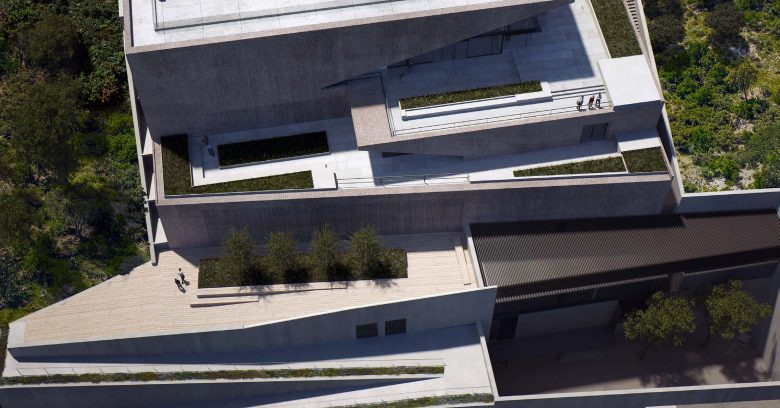 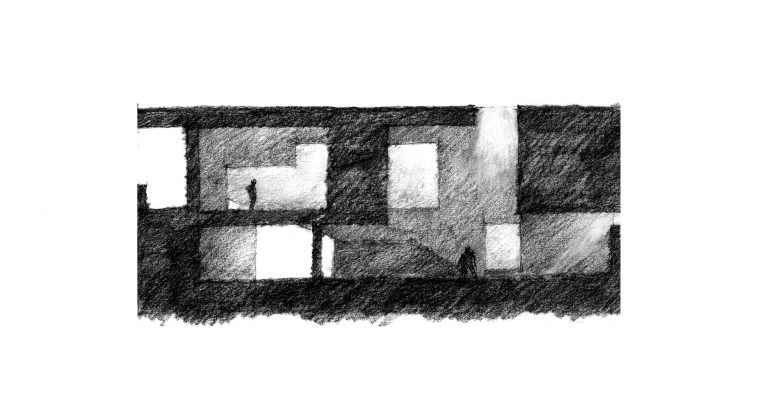 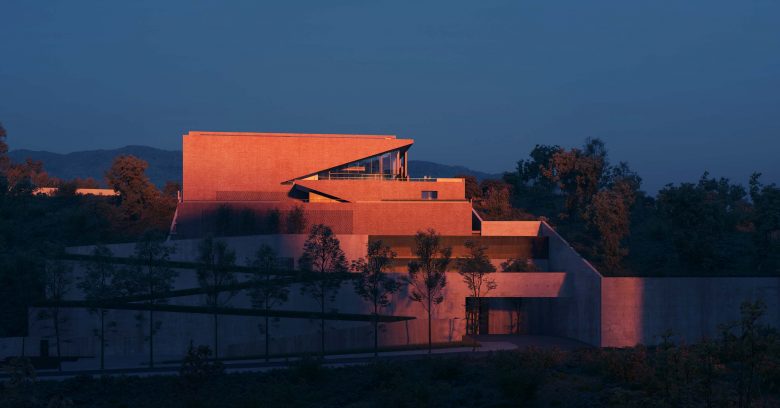 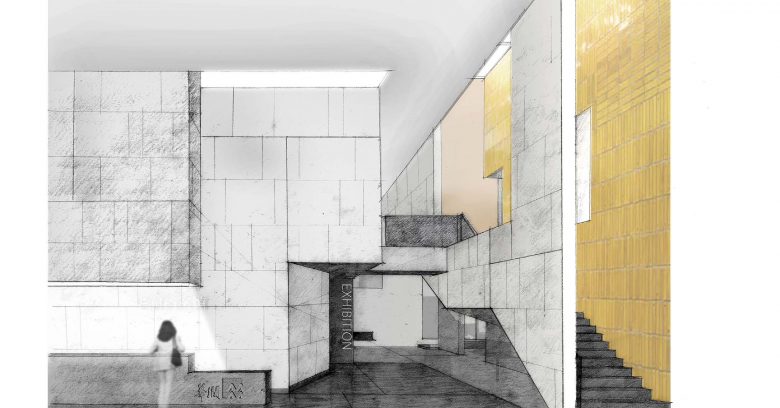 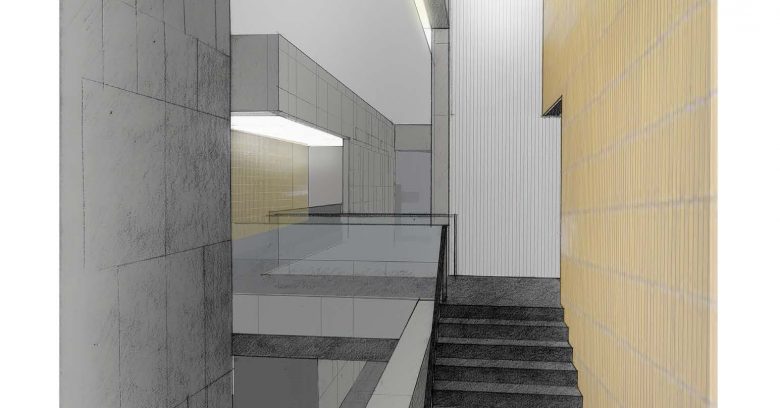 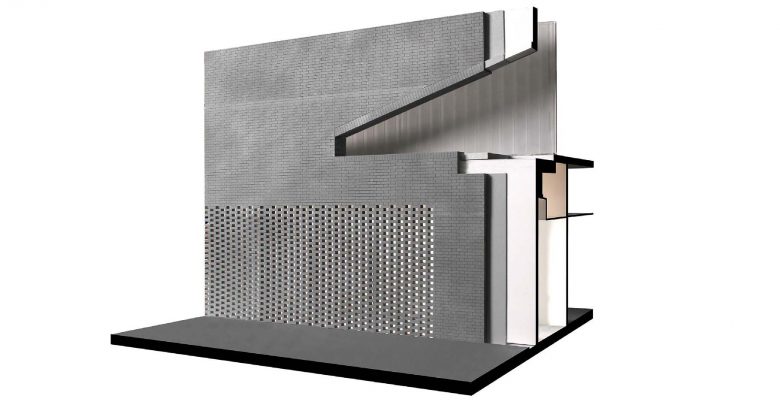 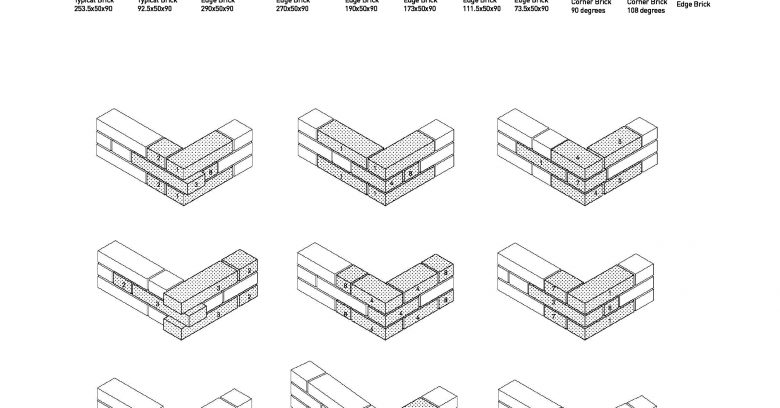 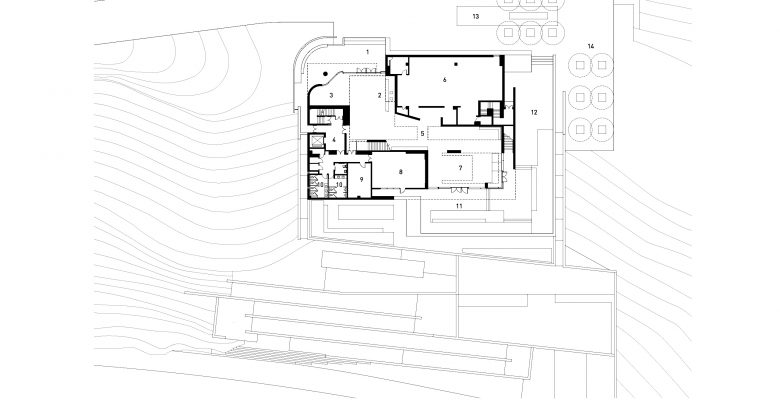 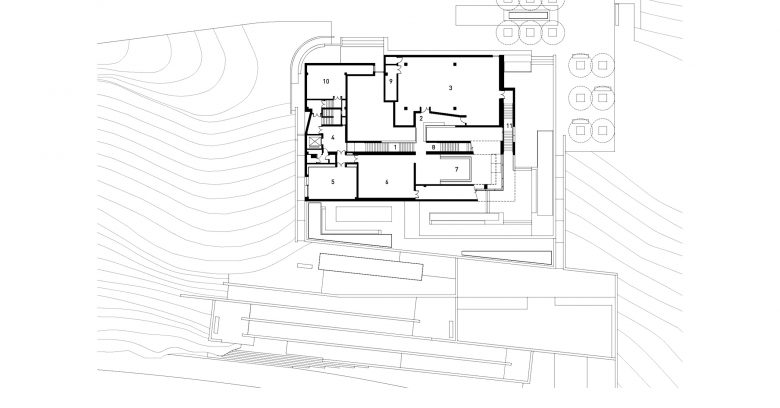 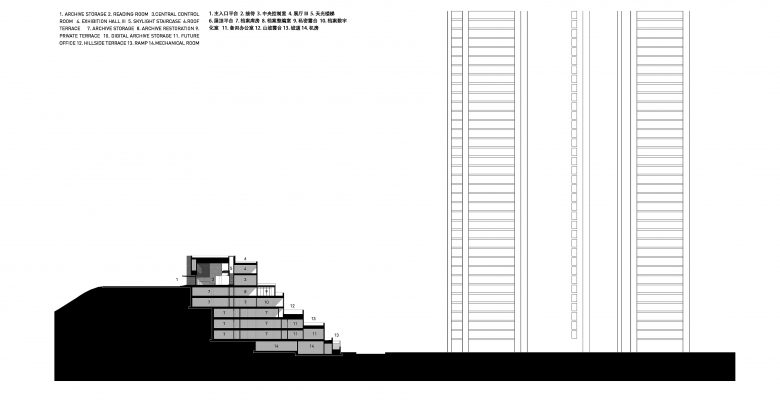 RETURN OF THE HORIZON

Echoing the topography, the architecture has a fortress-like appearance, with few windows and an austere stepped mass. The design sensitively aims to deal with the question where between the sky and earth people should be placed. It finds new aspects or angles of interpretation of the horizon through various terraces and platforms that are inserted alongside the hills south-facing slope.

A few carvings on the solid massing allowed us to send the outdoor environment into the building and form the basis of the interior space. The exterior and interior are inseparable. The exterior geometry is the clue, indicating particular spatial actions at the inside.

During the process of organizing the space and linking the interior and exterior, a series of voids were created. Intense natural light pierces the concrete box and travels along individual tunnels, bringing life to the windowless part of the interior and indicating the connection with the environment. The light and shadow are the basis and inspiration of the choices of the materials and finishes.

A BRICK IS JUST EARTH

Bricks are nuanced and simple material. Each brick preserved a record of its formation. As it was transformed from earth, it remains a natural connection with the site. We couldn’t find this comforting intimacy in other materials. Special-manufactured grey bricks track the movement of the sunlight.  This brick skin is rather a canvas where the sky meets the earth.

Besides the standard flat bricks, two additional different textures are used on the brick facade. The part with the bricks punched out creates more intense shadow performance and more dimension. The perforated bricks allow views out, yet from afar give the building a resolute mass. 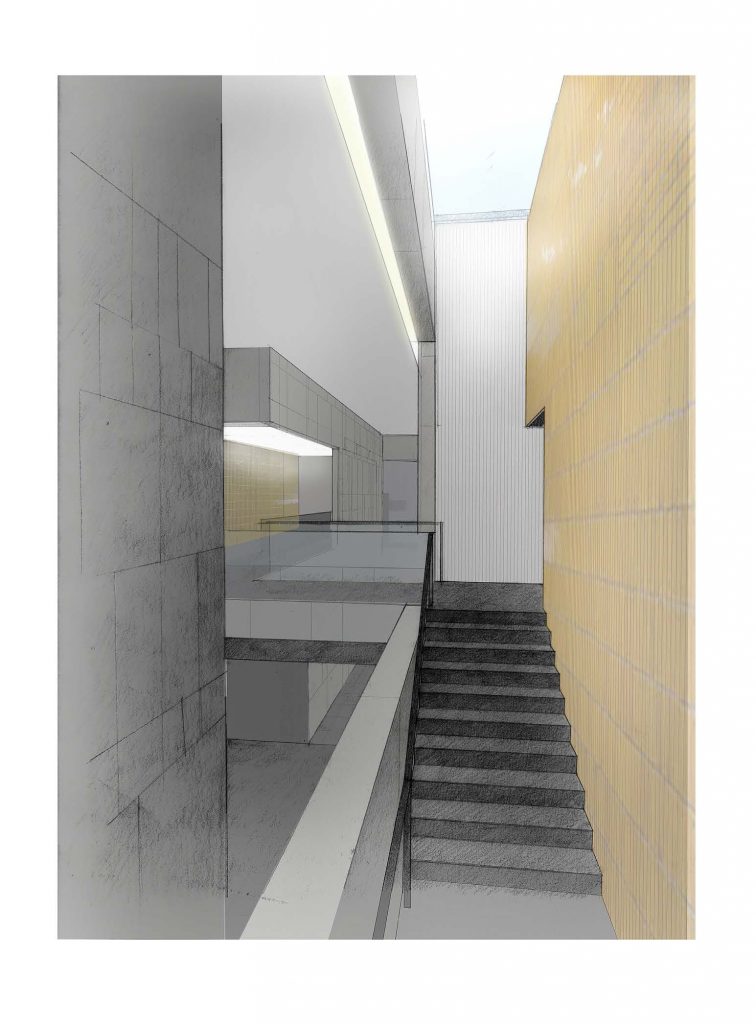 Learn more about the project on Studio Link-Arc’s website.