Jahangirpuri Marsh typifies the landscape that used to make up Delhi’s floodplain before these natural ecologies gave way to urban expansion. Today, the marsh is one of the critical ecosystems that remains in Delhi but it is facing serious issues such as waste dumping, marsh drying, and decreased water quality. In recent decades, informal settlements have encroached upon the marsh, resulting in a dramatic decrease of its land area. The marsh is separated from the surrounding communities by a 2.5 meter wall in an effort to “protect the marsh.” In reality, this wall removes the marsh from the city and public consciousness, turning it into a backyard for which no one is responsible. As a result, the marsh is disconnected from the area’s natural watersheds, its edges are used as dumping grounds, and its interior has be claimed to dump excess from the sewage treatment process. 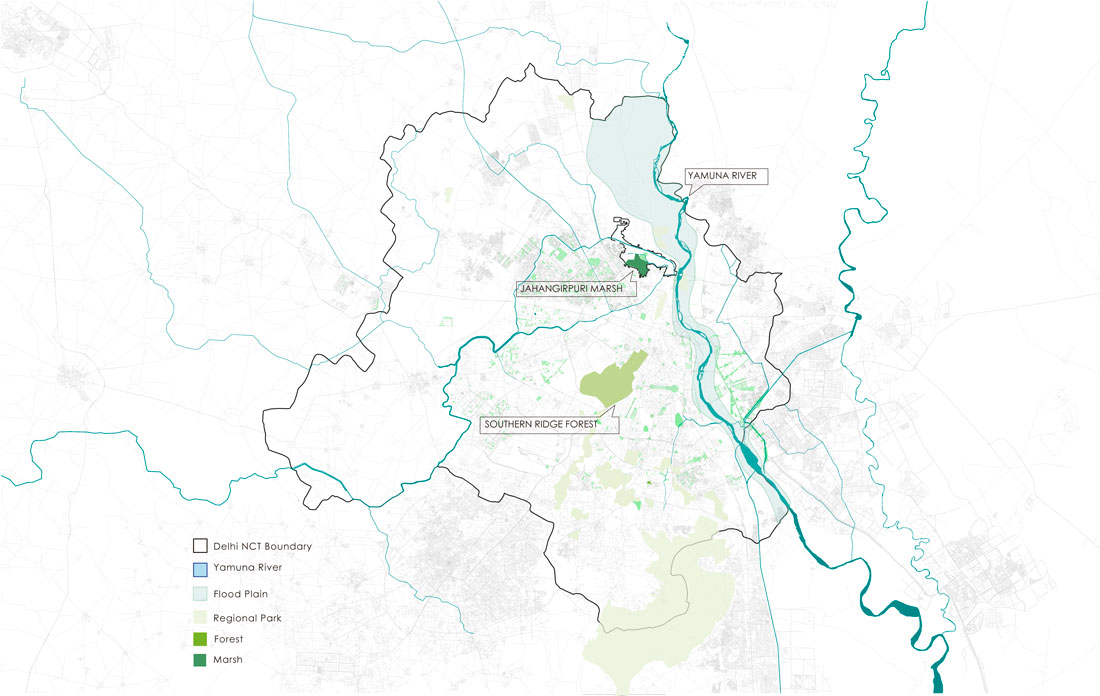 The Coronation Pillar Sewage Treatment Plant (STP) borders the marsh and is considered a main source of pollution for the marsh. This STP, with a capacity of over 40 MGD, collects sewage from nine communities along the marsh and either treats this sewage, returning treated effluent to a small drain which flows to the Yamuna, or directs sewage to the Supplementary Drain as dirty water containing solid waste and dissolved pollutants (which also then flows to the Yamuna). Additionally, biogas is produced as a byproduct of the sewage treatment process. The Coronation Pillar STP releases this biogas into the marsh without any treatment–the marsh’s ecology is not respected, it is simply treated as a buffer to protect the community from toxic pollutants.

This project proposed to recover the marsh by treating it as a productive resource and ecological zone for the city; integrating the marsh with the surrounding community instead of using walls to isolate and “protect” it.

A hybrid sewage treatment system is proposed to provide water to the marsh necessary to restore marsh decay and sustain a healthy ecosystem. Constructed wetlands and bioremediation are used to treat semi-clean sewage from the STP and recharge surrounding water bodies and aquifers. Eventually, treated effluent will be directed to the Supplementary Drain in order to provide the Najafgarh and Yamuna with clean water. The restored marsh will incorporate new public spaces along its edges, allowing public access and encouraging ecological stewardship for students and the surrounding community. 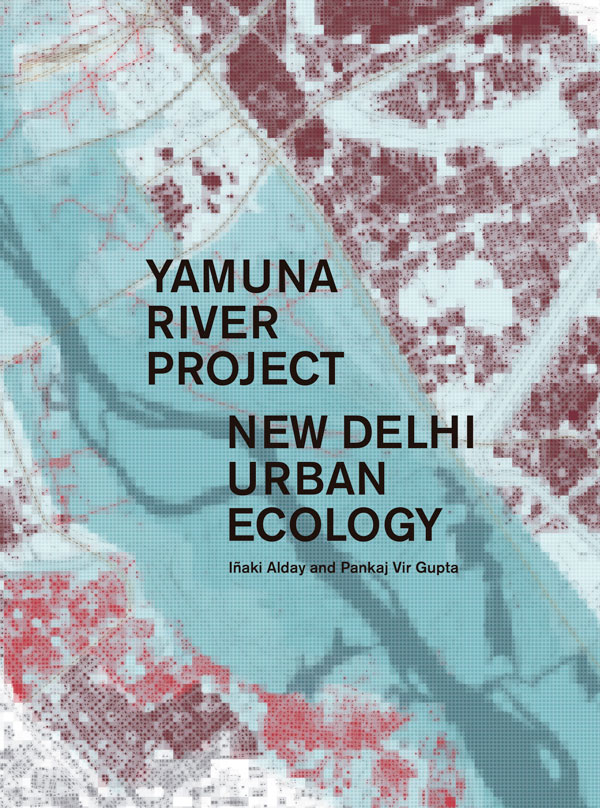