Architecture, TRAP Laws, and the Battle Over Abortion

This essay was previously published on Architect Magazine.

Thanks to new codes and regulations for abortion clinics, the fight over a woman’s right to choose is now being waged in the built environment.

If you ever visit a Whole Woman’s Health Clinic, part of a national chain of reproductive care facilities, you might notice that it doesn’t resemble a traditional health care space. Soothing lavender paint covers the walls and lamplight replaces harsh fluorescents. Diffusers steam calming essential oil, while a specially blended herbal tea, featuring peppermint for nausea and rose for cramping, steeps for patients. Exam rooms aren’t numbered; they’re named for inspirational women such as Frida Kahlo and Rosa Parks.

Amy Hagstrom Miller, founder and CEO of Whole Woman’s Health, opened the first clinic in Austin, Texas, in 2003, and she prioritized the patient experience. Hagstrom Miller is the daughter of a custom homebuilder and the sister to a landscape architect, and she has always been attuned to the psychology of space. “I grew up thinking about design,” Hagstrom Miller says, and “about how space can contribute to stigma or how it might help to alleviate stigma.”

Hagstrom Miller now oversees eight existing reproductive health care clinics around the country, in states like Virginia and Indiana, and she has renovated each using her signature patient-centered approach. While Hagstrom Miller values design, she never could budget for an architect, at least not until 2014, when she hired Illinois-based George Johannes, AIA. His job wasn’t the design of a new clinic; rather, he was tasked with helping to save existing ones.

Among the many gynecological services offered by Whole Woman’s Health—Pap smears, ultrasounds, birth control—the clinic also provides abortion care. This makes Hagstrom Miller’s buildings among the most targeted in the United States. Just last spring, in the middle of the night, someone attempted to burn down the Whole Woman’s Health Clinic in McAllen, Texas, before a neighbor saw the smoke and called 911. Hagstrom Miller and her staff have spent decades ushering women past protesters and contending with threats, violence, and sabotage, but the clinic’s biggest challenge right now is regulatory codes.

In 2013, Texas passed House Bill 2 (HB2), which placed new, more stringent regulations on abortion clinics. The World Health Organization has classified abortion as a safe procedure for outpatient clinics and physician’s offices, which is where 95% of abortions take place in the U.S, according to the National Abortion Federation (NAF), the professional association for abortion providers. But HB2 mandated, among other things, that providers must come into compliance with ambulatory surgery center (ASC) standards. ASCs are a step up from medical offices and provide outpatient surgeries that do not require hospital stays—think knee replacements—requiring facilities to include at least one dedicated operating room. HB2 meant that abortion providers across Texas had to upgrade corridor widths, door and exam room sizes, and HVAC systems, among other things. HB2, proponents argued, would help protect women with a higher standard of care. “This is an important day for those who support life and for those who support the health of Texas women,” said then-Governor Rick Perry when the legislation passed.

For Hagstrom Miller and opponents of HB2, the true intent of the law was obvious, and it wasn’t about patient well-being. The legislation has “nothing to do with the actual procedure that we’re providing,” Hagstrom Miller says. The statutes “were imposed on us because the opposition knew it would be extremely difficult to comply, and it would be incredibly onerous and expensive.”

HB2 is what’s known as a Targeted Regulation of Abortion Providers—or TRAP—law. TRAP refers to legislation specifically related to the physical building, equipment, and staffing requirements of a facility that performs abortions, according to Elizabeth Nash, senior state issues manager at the Guttmacher Institute, a sexual and reproductive health and rights research and policy nonprofit. The term was coined by the Center for Reproductive Health in the 1990s, Nash says, but zoning and building codes were used to limit abortion clinics as soon as the landmark Supreme Court case Roe v. Wade made abortion legal in 1973. Following the 2010 midterm elections, when many state and local legislatures went red, hundreds of new TRAP laws were passed in the U.S. Far from being motivated by a question of safety, Nash says, TRAP laws in the last decade have become the primary tool used to hinder access to legal abortion care in America.

When HB2 passed, Hagstrom Miller and several clinic providers brought Johannes to Texas to help quantify the impact of the ASC standard. Johannes had designed an abortion clinic in Illinois in the 1990s and consulted on the design and code compliance of several others. He teaches professional practice courses, including building codes, at the Graduate School of Architecture & Urban Design at Washington University in St. Louis. “Publicly, Texas was saying that these regulations weren’t that expensive or difficult, that they weren’t asking for much,” Johannes says. “My job was to determine what exactly this law meant to the clinics. And of course the cost was either huge or implausible. Implausible because many clinics were in small buildings on sites where they couldn’t even put on an addition.”

Johannes visited eight Texas clinics in 2014 and determined that meeting the new code would cost providers in the millions. At Whole Woman’s Health in Austin, the cost estimate was up to $2.4 million. Hagstrom Miller took those estimates and visited 15 banks. Some denied her outright because, she believes, they didn’t want to work with an abortion clinic. Others simply couldn’t make the math work. The cost of the services provided at Whole Woman’s Health are capped in order to allow individuals from all socioeconomic backgrounds to afford care. Hagstrom Miller was told that her business model was never going to be able to pay for the expense of upgrading her buildings. 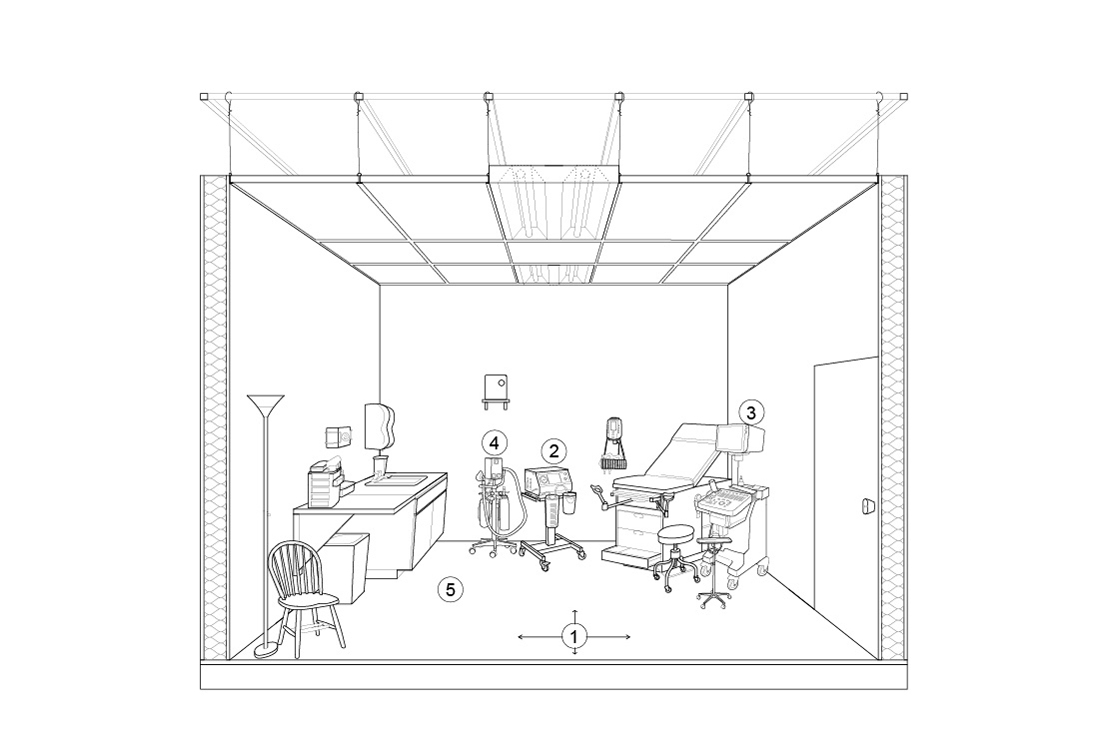