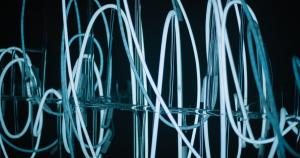 Less than fifty years ago phone calls could only be made from home to home and to purchase something, the only option was to go to the local store. Probably at the time, we could have not even imagined how radically the rise of groundbreaking technologies would have changed the way we conduct our daily lives.

Now, we chat on our smartphones via Whatsapp – and shop from anywhere in the world via Amazon or Asos. The way “we do” things has changed, and that’s not all. Technology and digitally-based companies have driven an incredible evolution of the whole surrounding ecosystem, the context in which our lives are framed and carried on. In primis, the cities we live in.

Among all things urban, I have always been fascinated by everything at the nexus of technology, innovation and urban development. In particular, by if and how technology has a role in making cities better places – more sustainable and inclusive. Recently, I came across an interesting podcast by CityLab about “urban tech” and, intrigued by the subject, I decided to do a little bit more research.

Googling “urban technology”, I found out it is an interesting field, that gathers experts from various disciplines to understand the “technology that makes cities and urban spaces more connected, liveable and efficient – and can transform old-style services relatively inexpensively”, as stated in a report published by the GovTech company Public.

The subject seems to be appealing to many. Not only researchers and urban enthusiasts like me, but also investors, who seem to have an increasing appetite for such innovations. According to CityLab, urban tech investment totalled more than $75 billion between 2016 and 2018, representing roughly 17 percent of all global venture-capital investment.

However, urban technology is characterised by fuzzy borders, touching upon different industries and types of ventures – from platforms to products to new materials. Naturally then, the question that comes to my mind is – what does urban tech effectively include? Or, in other words, what makes a company part of the “urban tech ecosystem”? 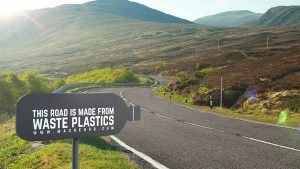 It is easy to answer this question when the innovations are about the way the city is built itself. By definition, urban tech includes the ventures changing the world of construction and the built environment. From roads (for instance, the company MacRebur has developed a new process to make them out of non-recyclable waste plastic) to buildings (see the smart thermostat developed by Switchee, that connects residents and landlords and reduces houses’ energy waste and pollution) to the entire infrastructure (i.e. enLight turns existing urban lighting facilities into a smart platform for sensing and control).

If we follow then the interpretation of urban tech cited above, we certainly have to take into account all those companies born to disrupt sectors traditionally managed by public authorities. First and foremost, those that have changed the realm of urban transportation. Uber, for example, is widely acknowledged as a pioneering urban tech venture. Many others have followed. Bird, for example, that brought to the city of Los Angeles a fleet of sharable electric scooters. Or Hiyacar, a London-based peer to peer car rental service.

Then there’s healthcare. The startup Thrivia has significantly reduced the pressure on busy London hospitals, by developing personalized, smart finger-prick blood tests that can be taken autonomously at home.

The sector of public security has encountered the same destiny. Namely, in 2016 Amnesty International launched Cross-fire, an app to allow residents of Rio de Janeiro to report incidents of gun violence across the city. 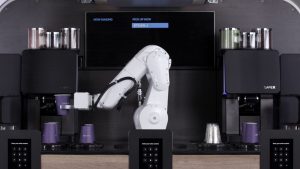 However, it is hard to draw the bottom line. During the podcast, for example, San Francisco based Café Xis mentioned as one of the rising stars of urban tech. A recently launched app, it allows citizens to order coffee from local roasters and pick it up from robotic cafés nearby.

Even though hospitality is not typically a publicly-managed sector, according to the speakers Café X has high potential for urban disruption. It is likely to drive indeed a reduction in demand for traditional, small and cozy coffee places. These are institutions rooted in the Californian urban setting, working as centres of gravity for people to interact, meet or work. In the long run, their potential widespread closure and replacement by their much less human versions represents a drastic scenario. It gives some food for thought around the fact that what at a first glance could seem just like a simple, innovative, coffee venture, could actually completely transform traditional urban dynamics.

However, it could be argued, taking this perspective many other startups – see for example Olio, a food sharing app or Monzo, a mobile-only banking app – could potentially lead to changes in the urban setting. What type of venture therefore is one that does not have an impact on the urban environment? And, as a consequence, what would urban tech effectively not include? It is up for discussion. 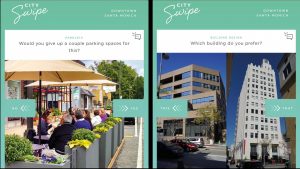 Personally speaking, to me what surely can’t be excluded from sitting under the urban tech umbrella are those ventures that look at changing something within the urban development process itself. Things like CitySwipe, a Tinder-like app that allows local residents to like/dislike prospective urban development scenarios and projects.

Similarly, PoppySeed, an app that gathers people’s emotions as they move through the city and uses this information to inform the urban planning process. Or Commonplace, a platform aimed at increasing the engagement around urban development by effectively bringing together the views and knowledge of the community with the people who make decisions about our environment.

To me, these ideas are the most crucial and noteworthy in the urban tech spectrum. By democratising the urban development process, such companies have indeed the potential to enable a renewed urban development era, based on effective partnerships and collaboration. The next question then becomes – how to best leverage such partnerships and collaboration, how does that look like in the real world? That’s what I will address in the next blog – stay in the loop to find out more!

Valeria Danin
LONDON
Passion for cities and urban innovation is a driving force in my life and career. Over the last 5 years, I’ve been working with cities all over the world, helping them solve issues of modern urbanisation and create a dialogue between businesses, government and academia, on both local and global levels. Email me to talk partnership and job opportunities at All Things Urban.

Anastasia Sukhoroslova
BERLIN
I am a media strategist and international PR specialist with a diverse professional experience around the globe: from working with leading architecture firms to supporting internationally recognized projects at La Biennale di Venezia. Reach out to me to learn more about our communications goals, audience growth and media partnership opportunities!

Karina Garnaga
MOSCOW
A city planner, analyst and urbanism enthusiast, today I am leading spatial development and placemaking projects in Moscow after a few years in a commercial real estate consulting team at JLL. If you are based in Russia I would be happy to discuss partnership!

Have any ideas? Let us know!

FOR ORGANISATIONS
All Things Urban is the website where you advert will be seen by the right audience. Please contact us if you want to post your job, event or educational programme.