This project aims to stress everything we considered valuable from the typological housing tradition of the Barcelona’s Eixample. Thus, the type plans are formalized following the distribution of equal (or almost equal) rooms that traditionally characterized the housing blocks of the late s. XIX in the area. A characteristic that has allowed the apartments to modify the way they have been used over the decades without substantial architectonical changes. A seemingly rigid system has allowed nevertheless to change their use in the course of time. 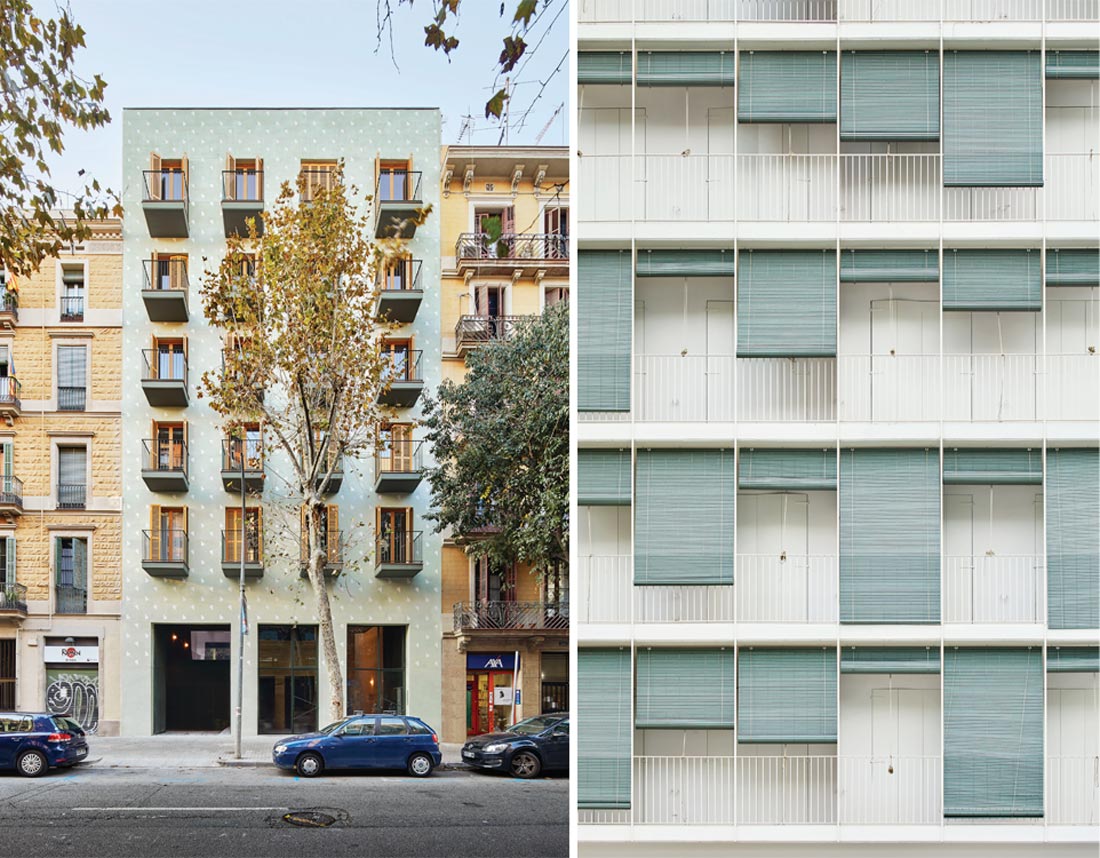 Departing from this typological condition, the building has been designed as a system of 110 rooms which can be used as desired. Each apartment could be potentially expanded or reduced, adding or subtracting rooms, in order to answer to future needs of its inhabitants. With that flexibility in mind, rooms are similar in size eliminating any type of spatial hierarchy and program predetermination. 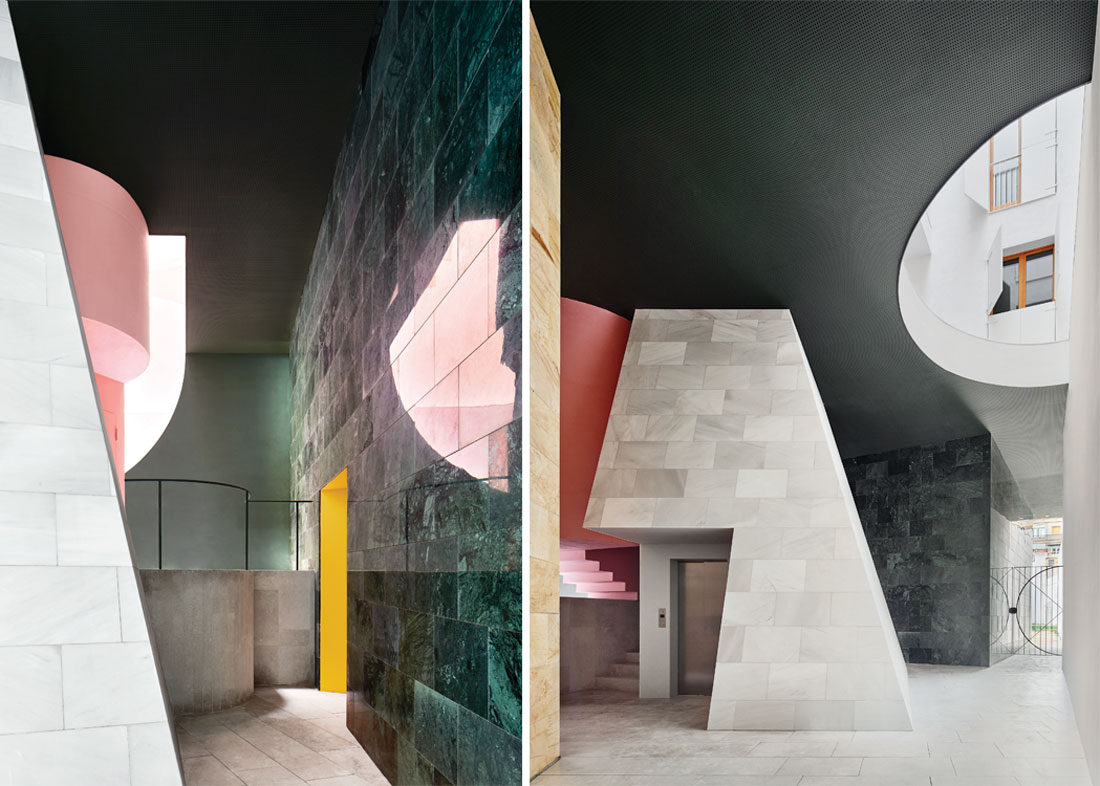 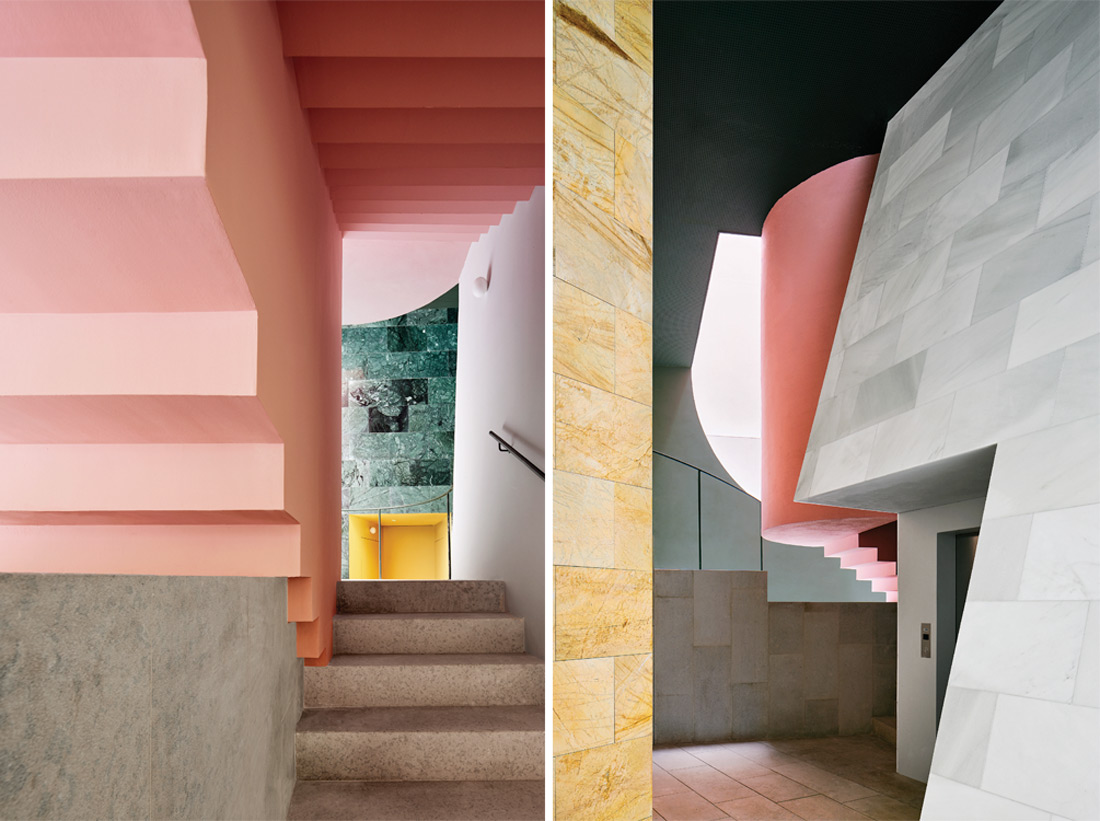 Each floor contains 20 rooms, and initially, each floor is divided as a set of 4 apartments of 5 rooms each where rooms are connected among them, so no corridor is needed. A kitchenette is placed in the middle acting as the centre, while the other rooms can be used as bedrooms, living rooms, etc. This flexibility is able due to the position of bathrooms, where all installations are placed as points for supply. 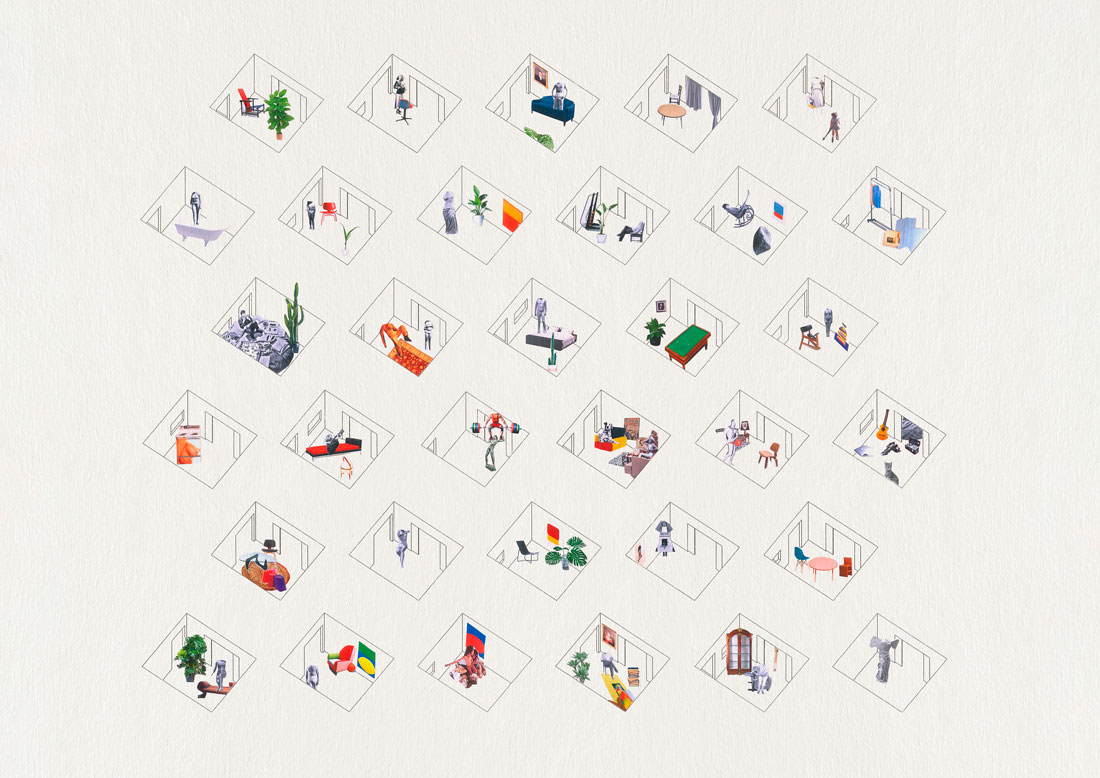 The ground floor recovers the popular language of old Eixample’s halls, where, through furniture and large habitable objects, the space was arranged to house different uses. Here, these furniture pieces are transformed into marble volumes in the middle of a large open space (where it literally rains allowing to understand the hall as an extension of the street). 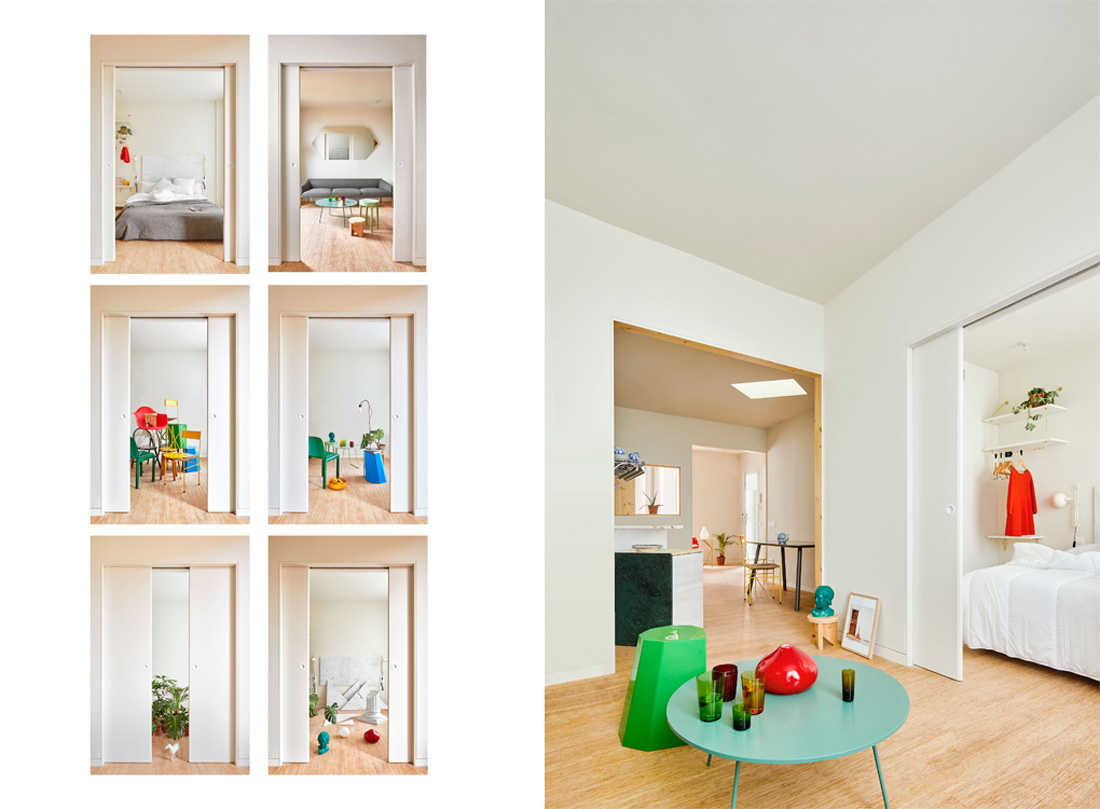 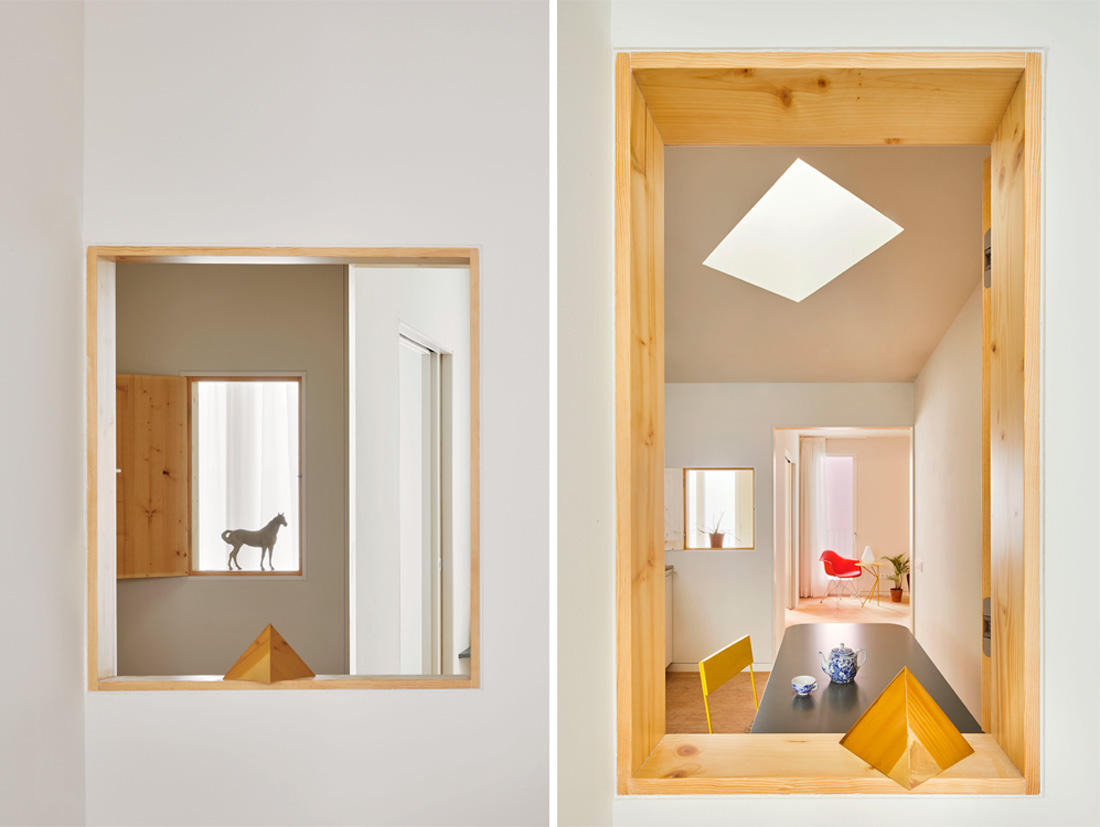 Something similar happens with the façade, where the traditional archetypal composition has simply been replicated to consolidate the pre-existent: vertical openings, balconies and wood shutters. Zero invention, pure reproduction. The façade finishing is done with traditional lime stucco, which, as often happened, represents through its pattern the memory of its old inhabitants. 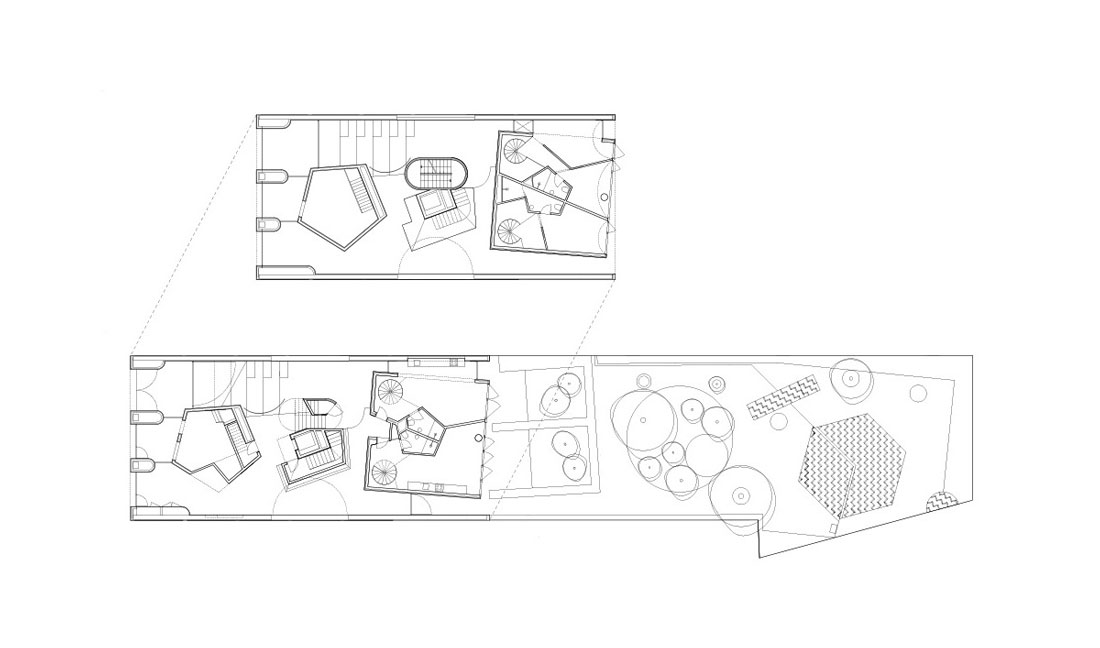 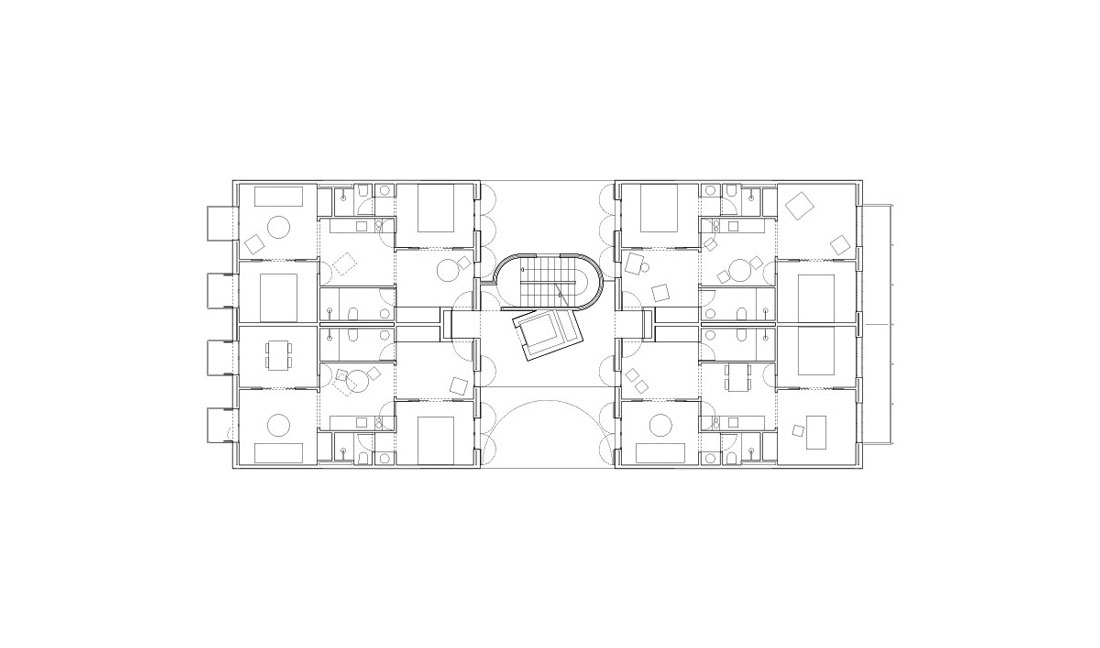 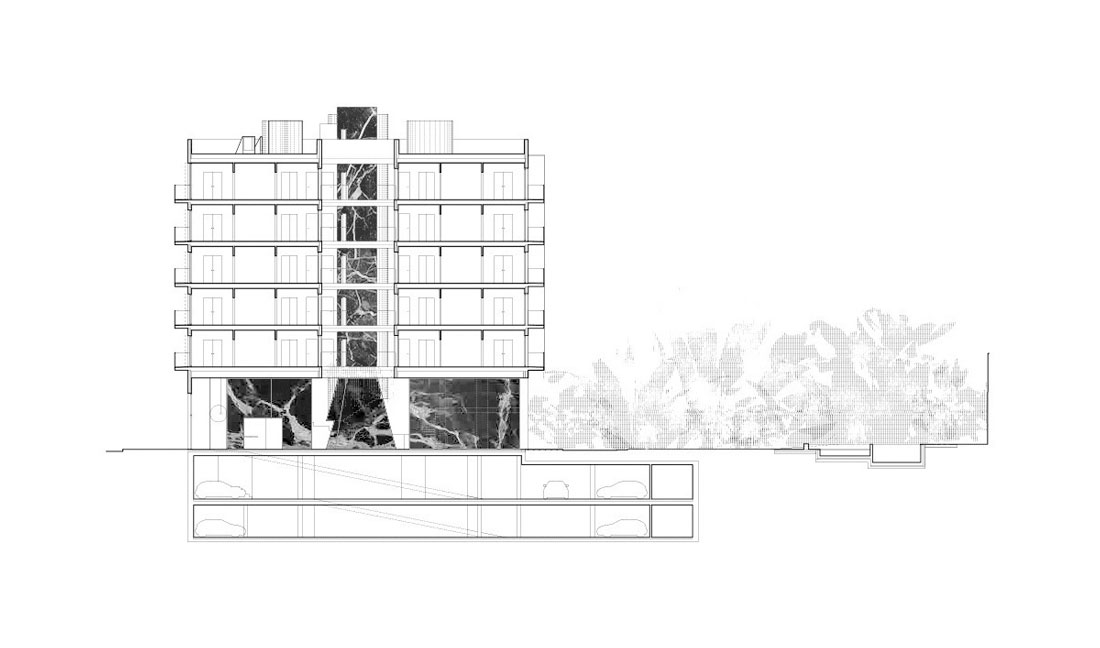